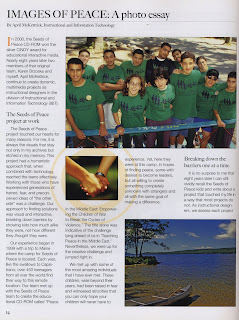 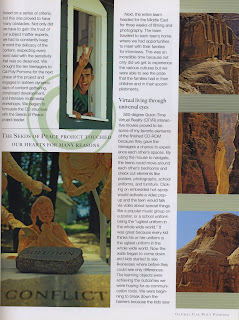 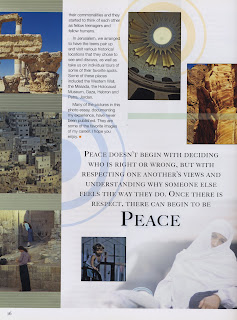 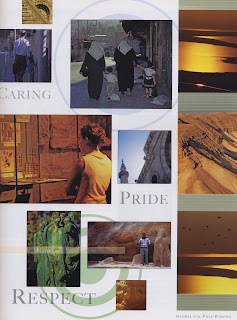 Posted by April McKettrick at 1:58 PM No comments: 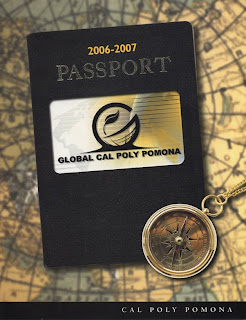 It is hard to believe that ten years have passed since our team spent eight days in Abidjan working on the Electronic Learning Network (ELN) project. Designed for participants in Winrock’s African Women Leaders in Agriculture and the Environment program (AWLAE), the CD-ROM and internet based curriculum was designed to provide women scientists with the skills necessary to assist and educate rural women farmers.

Incorporating methodologies of storytelling, poetry, fable and song, scenarios exist within modules, allowing participants to become active learners. The users are able to follow characters as they are faced with decision-making challenges based on case studies presented throughout the CD-ROM.

Lead by former Instructional Technology and Academic Computing (ITAC) Dean, Dr. Lev Gonick, the project team consisted of Karen Brzoska, Dr. Liliane Fucaloro, Rodney Azarmi and myself, April McKettrick. At that time in my career I was campus photographer for Cal Poly Pomona and primary photographer for ITAC. My roles and responsibilities for the ELN included visual communications - all still photography to be used on the CD-ROM illustrating digital storytelling, poetry, fable and scenario. Perhaps it is the amazing people you meet, for such a small moment in your life, that you know you will never see again. Their hospitality, their stories, and their images become etched in your memory. Or maybe it is the look in the children’s eyes. They don’t have to say a word, their eyes tell the entire story, and you realize that your life will never be the same just for meeting them. Lastly, there are the stories that you and your colleagues share that still make you laugh and reflect years later. I’ve come to a conclusion that it is the combination of all of those experiences that stays with you, year after year. Fortunately, as project photographer, long after the memories fade I will still be able to revisit these locations, the people and the experiences each time I look at my images... 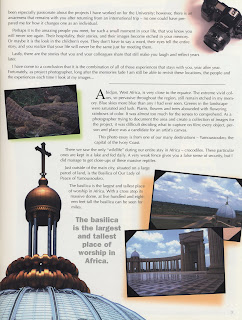 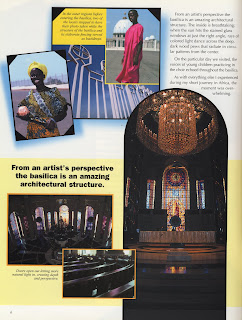 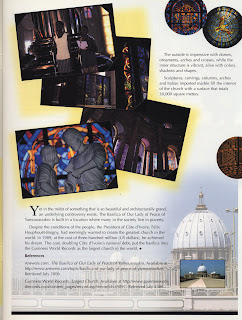 Abidjan, West Africa, is very close to the equator. The extreme vivid colors, so pervasive throughout the region, still remain etched in my memory. Blue skies more blue than any I had ever seen. Greens in the landscape were saturated and lush. Plants, flowers and trees abounded with flowering rainbows of color. It was almost too much for the senses to comprehend. As a photographer trying to document the area and create a collection of images for the project, it was difficult deciding what to capture on film; every object, person and place was a candidate for an artist’s canvas.

This photo essay is from one of our many destinations - Yamoussoukro, the capital of the Ivory Co

ast. There we saw the only “wildlife” during our entire stay in Africa – crocodiles. These particular ones are kept in a lake and

just outside of the main city, situated on a large parcel of land is the Basilica of Our Lady of Peace of Yamoussoukro.

The basilica is the largest and tallest place of worship in Africa. With a cross atop its massive dome, at five hundred and eighteen feet tall the basilica can be seen for miles. In the outer regions before entering the basilica, two of the locals stopped to have their photo taken while the structure of the basilica and its elaborate fencing served as backdrops. A very weak fence gives you a false sense of security, but I did manage to get close-ups of these massive reptiles.

From an artist’s perspective it is an amazing architectural structure. The inside is breathtaking; when the sun hits the stain glass windows at just the right angles, rays of colored light dance across the deep, dark wood pews that radiate in circular patterns from the center. Doors open out leaving more natural light in, creating depth and perspective.

On the particular day we visited, the voices of young children practicing in the choir echoed throughout the basilica. As with everything else I experienced during my short journey in Africa, the moment was overwhelming. The outside is impressive with domes, ornament, arches and crosses, while the inner structure is vibrant, alive with colors, shadows and shapes. Sculptures, carvings, columns, arches and Italian imported marble fill the interior of the church with a surface that totals 30,000 m².

Yet in the midst of something that is so beautiful and architecturally grand, an underlying controversy exists. The Basilica of Our Lady of Peace of Yamoussoukro is built in a location where many in the society live in poverty. Despite the conditions of the people, the President of Côte d'Ivoire, Félix Houphouët-Boigny, had seemingly wanted to create the greatest church in the world. In 1989, at the cost of three hundred million (US dollars), he achieved his dream. The cost, doubling Côte d'Ivoire’s national debt, put the basilica into the Guinness World Records as the largest church in the world.

Posted by April McKettrick at 1:32 PM No comments:

Article: In Celebration of Teaching and Learning 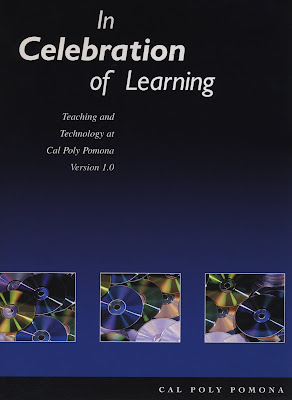 Earlier in this decade, my role at the California State Polytechnic University, Pomona as the University Photographer, began to expand into project management. This first project that I was assigned to project manage was a table-top type book that incorporated photography of our technology savvy faculty. Using a Hassleblad camera, I took black & white studio photographs of selected faculty incorporating into the photographs a secondary element that was reflective of who they are, their teaching style, or a technology component. An unveiling ceremony was held to celebrate the book, the faculty who participated in the project and the staff involved in the production of the showcase piece. 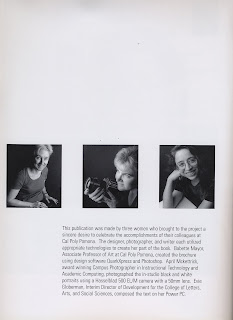 Posted by April McKettrick at 1:19 PM No comments: 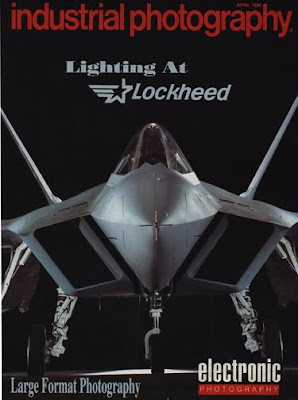 Posted by April McKettrick at 1:16 PM No comments: